Playing the "I Am..." Game with my Nieces

I can’t sleep, so I’m writing. This blog should simply be called “Mo's Rare & Random Musings,” because as much as I’d like to write – time, oh Father Time!

Anywho, with the recent deluge of collective disgust regarding little girls being asked not to wear locs or afro puffs in school, I thought about the importance of repetition and reassurance.

I am a super proud Auntie / TaTi (for all my Haitian sisters out there), and whenever I get a chance to bathe my nieces (ages 4 & 1), we practice positive reinforcement through repetition. I basically took a page out of the “Help” and we play the “I Am…” game, which goes a little something like this: 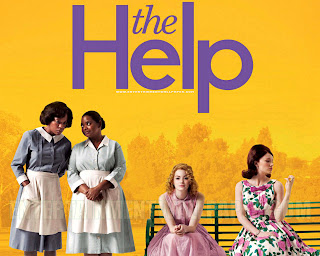 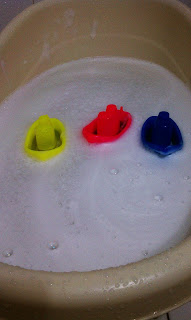 We are not perfect, but if we know at an early age who we are and define who we are, someone else telling us differently – may not be believable.

Raise up confident and bold children.
xoxo
-Mo
Posted by M. Aladin at 1:11 AM No comments:

To My Dear Cousin... Winston


Three days ago marks the three year anniversary of the devastating earthquake that hit Haiti.
In 2011, I produced the music video  "Better" featuring Grammy award winners Melky and Wyclef Jean as part of the Care For Haiti charity album.

Last Thursday (Jan 10, 2013), I attended an annual memorial for the earthquake victims at Brooklyn Borough Hall held by the International Humanitarian Outreach Ministries. As I sat and listened to the different speakers, prayers and singers, I thought to myself - the speeches sound good, prayers are powerful and the music is uplifting (the singers were on point), but what are we really doing? How are we truly effecting CHANGE?

Haiti is known as "La Perle des Antilles". It hasn't been that way for so long, but for many it still is in their hearts, mind and souls. There is an undying vision to return the country back to its original state and better.

All things are possible through God, so I believe it can be done. But SOMETHING must be DONE!

IHOM put together an initiative to plant trees in Haiti and reforest the country. Reforesting will allow for the country to grow its own food, replenish the land and jumpstart the economy.

In honor of my dear cousin Winston Marcelin, whom we lost in the quake, my family has purchased trees from the International Humanitarian Outreach Tree Initiative. 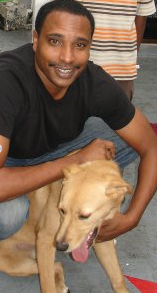 The trees planted will not only be used to memorialize my cousin, but reforest the beautiful country that is Haiti.

We love and miss you Winston ♥
~The Aladin Family

If you would like to honor a loved one or the many who were lost in the quake, you can go to this link and donate International Humanitarian Outreach Tree Initiative.

Take initiative and do something, for tomorrow is not promised and all we really have is today.
~xoxo
Posted by M. Aladin at 10:03 AM No comments:

I always run across some artist who says "I'm going to bring soul music back!!!"
But how? You're not Jesus, you can't raise to life what's already dead. Reincarnation - yes, maybe.

But let's come to terms with this PEOPLES, soul music really is dead. Yes, there are some non-main stream artists who get it in and make you wonder why their music isn't being played on the radio. The truth is, this generation of music lovers don't want to hear it. Point blank. Do YOU even want to listen to it? It's almost as though our times don't call for it.

Music is said to be the soundtrack of our lives, right? In this day and age soul - I'm talking Marvin Gaye soul, Aretha soul, Etta James soul, & anyone from the Motown era soul, no longer exists in our lifestyle. I mean, there is music like Adele's that penetrates the soul, but she was singing from the heart, from her own experience. 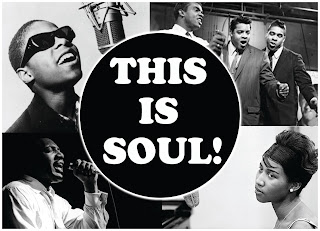 Soul music is dead. It should be called heart music, emo music or something else. But stop crying about bringing soul music back. Ne-Yo is Senior VP of A.R. at Motown and he's on a mission to bring the record label back to its glory days. I don't know if rebranding will entail a bunch of soul artists. There isn't even a category on award shows for "soul."

Ok, this is all a little harsh, I know. I'm a true blue music lover and former singer - down to my soul ;).  I absolutely love soul music. If I want to hear it, I look it up on YouTube or *gasp* play a record.
There is this nostalgic hold on soul music that makes us crave it. And, But, However, ;) -  we have to face the fact that soul music may never return, and if it does, it most certainly will not be the same!  It'll be accompanied by a hard beat and Lil' Wayne rhyming about licking her ice cream & she in turn licking his ice cream cone *sigh* *lol*

It's time we bury the hope, b/c radio certainly did, and we all play a part in that. We don't demand that radio play someone we consider soul. Do you? When? Exactly, so let it go. Sometimes as hard as it may be, we have to know that some things have come to an end. And, but alas, a new era will emerge - sparking an entirely new generation of musicians and artists who will prove me wrong and reinvent soul, so that what we long for will live among us once again.

Goodbye old soul...hello who are u?

Why do hurricanes or natural disasters make us think about love? 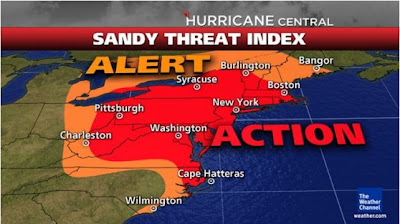 I'm sure a lot of women (and guys too) wish they were "cozing it up" with their boo -
making babies, watching a good film on netflix or snacking on fatty foods while #HurricaneSandy puts us all on lockdown.

For those who don't have to worry about saving their lives, love does come to mind - and I think it's because we're forced to stop and think about what really matters most.

Sharing your life with someone who really loves and cares about you is important. Being around the people who love and support you, and not taking that for granted is important.

I know life forces us to be busy - especially those of us who are ambitious and want to live the lives we envision for ourselves (financial freedom, good health, and far away from the rat race), but stopping to smell the roses should be an everyday thing and not a natural disaster or horrible weather thing.

Does Going To The Gym Make You Hungry? 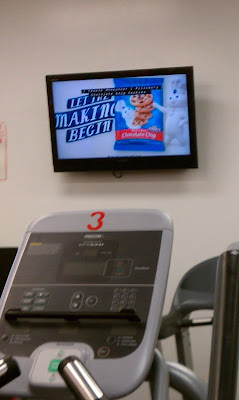 Do all the food commercials that pop up on the television (every other commercial break) at the gym ever bother you?

I worked out at Lucille Roberts yesterday and realized - they don't phase me.

Not the cookies, not the cake, or the creamy smooth ice cream, colossal burgers, juicy steak, crispy fries or the strawberry peach mango berry banana shake.

I increase my incline, run at a speed anywhere from 5.5. - 8.0 and challenge myself to keep running until the song bumping in the speakers ends.

I mean, don't get me wrong, I love to work out and I usually do so at home with #bobharper & #jillianmichaels - but I wonder if after working out at the gym - do you ever have a sweet tooth or do you feel like you deserve a big burger from Sonic (where are those around these parts anyhow - I see the commercials but have no idea where they are)?

Just curios. You definitely have to be in the right frame of mind and focused about your fitness - b/c truth be told, if you can stomach food in your face at the gym and still have a bad azz workout - it means you'll resist the things you shouldn't eat when you exit the gym - Right!? ;)

Keep it healthy peopleS!
Posted by M. Aladin at 7:17 PM No comments: 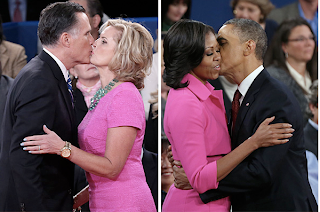 You know how people talk about body language all the time, right?
Well, what do you think about the POTUS' hands wrapped tightly around the FLOTUS' waist?

And now take a look at the guy who says he cares "100% about the American people." I don't see any warmth in that embrace, do you!?! Is this the care we're to expect.

I got an iced coffee at McDonald's today and they're running their Monopoly game sweepstakes. So just for kicks... 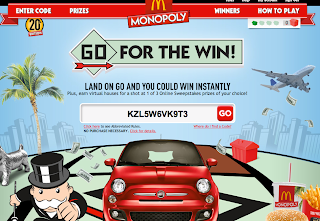 I played the damn thing and just what I thought, I won NOTHING!

The stupid wheel did not land on anything worth anything to me but a virtual house. I can't live in that! 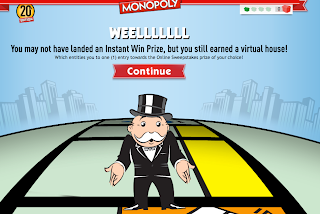 I play these things every once in a blue, just to see if EVER there's a chance of winning, but you NEVER really do - exact reason why I DON'T play lotto. The chances are too one in a million for me - I'd rather spend my "dollar & I never know" on something I can actually get!

So thanks McD's for nothing - but depositing more fat in my body (my fault obviously) and no opportunity to win money.

But FYI they do write that you can win "mostly food prizes" - of course- b/c my body really needs that!